Science Parties and Canapés – Best Parties for Children and Adults. 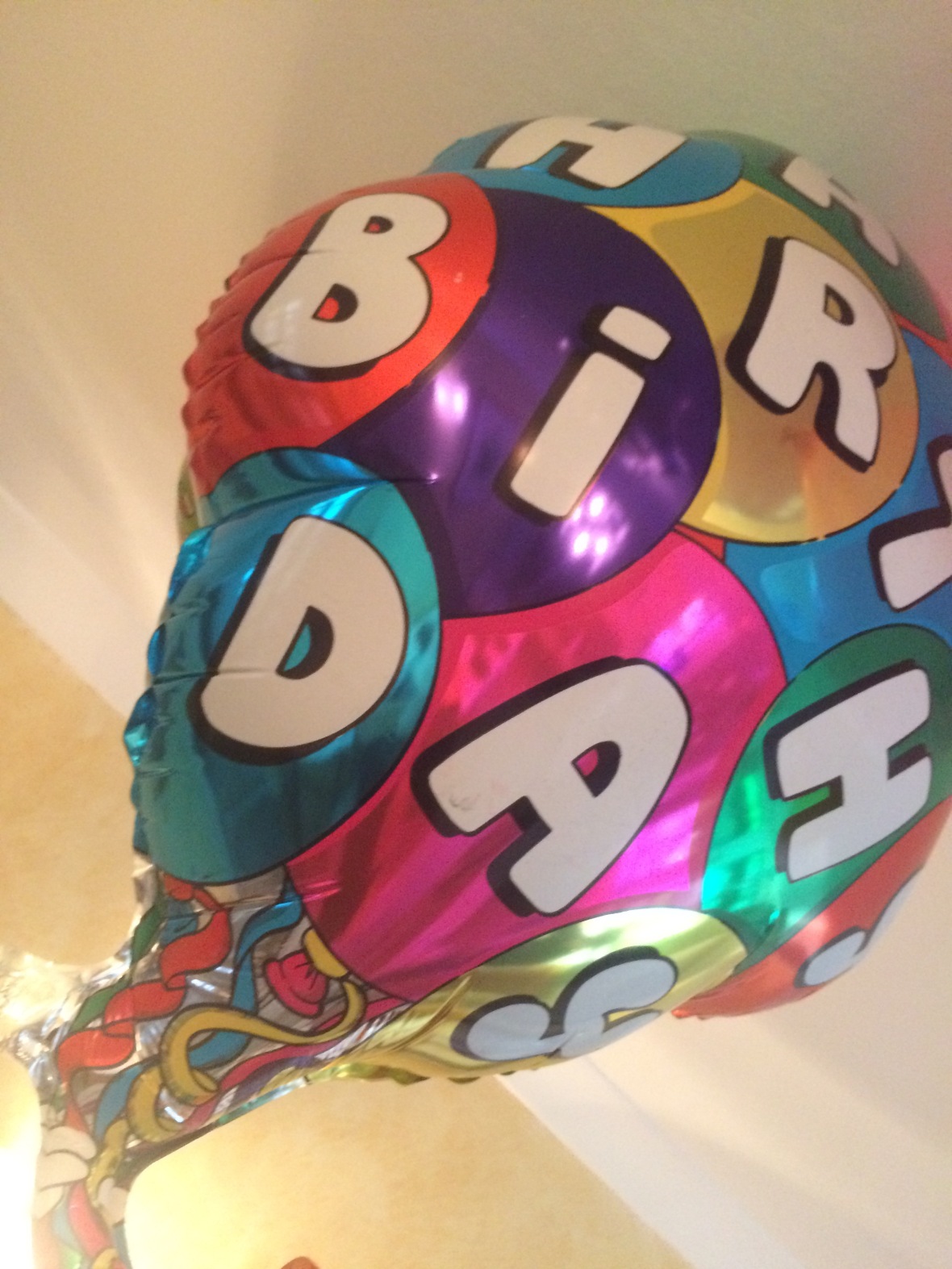 The children’s birthday party market is booming and it’s a multi-million pound beast. The entertainers of yesteryear still exist but the pressure to put on the best, most memorable, party puts parents to the test big time!
I’ve had experience now of throwing some fantastic parties. Lots of planning, lots of research and ultimately a good few quid.  If you are going to spend it – I’d say an average party of 20-30 kids will easily set you back £400 – then spend it wisely. That’s not to say that you can’t party on a budget, you can. You spend what you can afford. 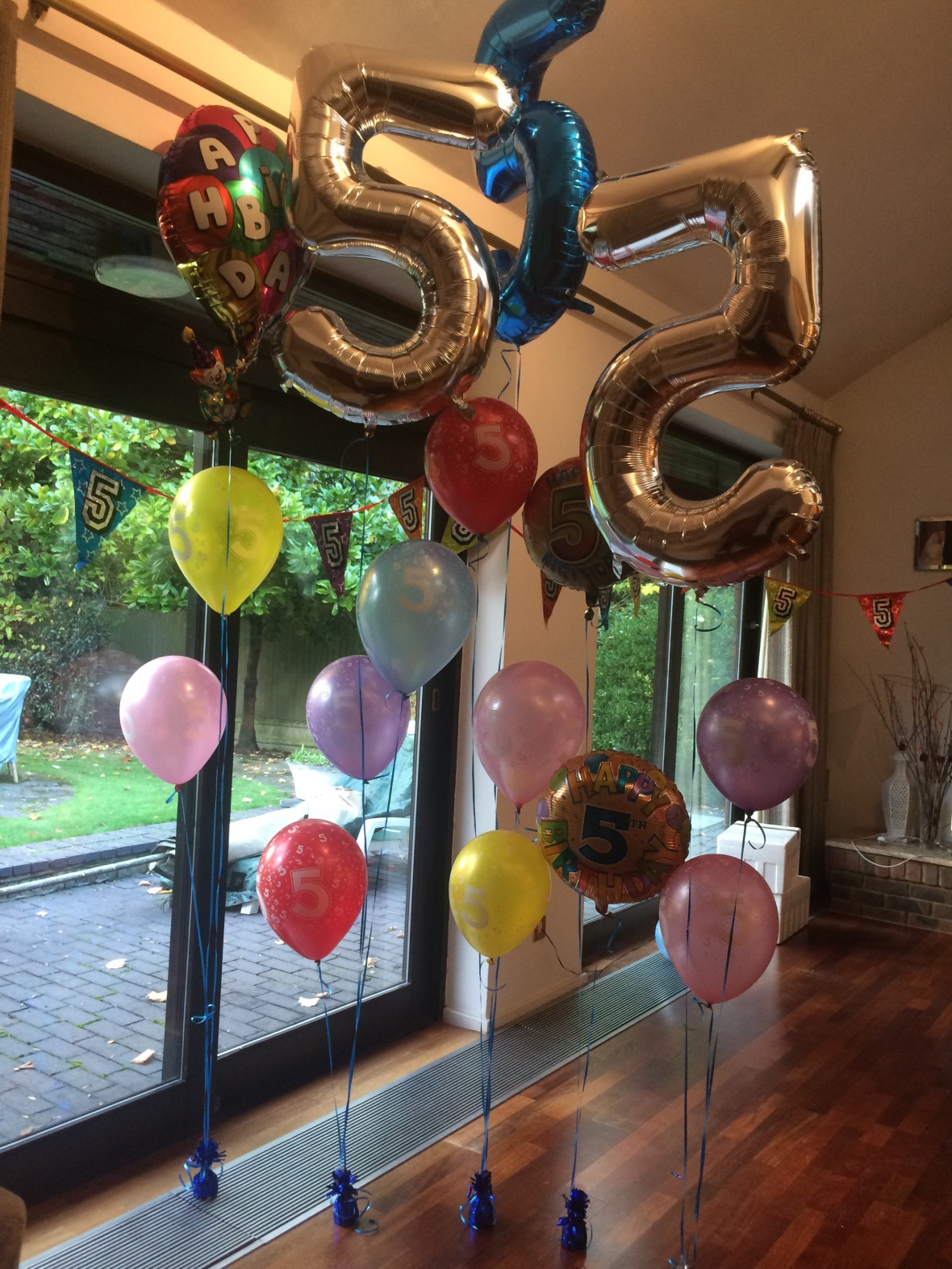 In this article I’m going to give you the low down on how to really push the boat out. Not silly money but a party that the parents and the children will love and remember. 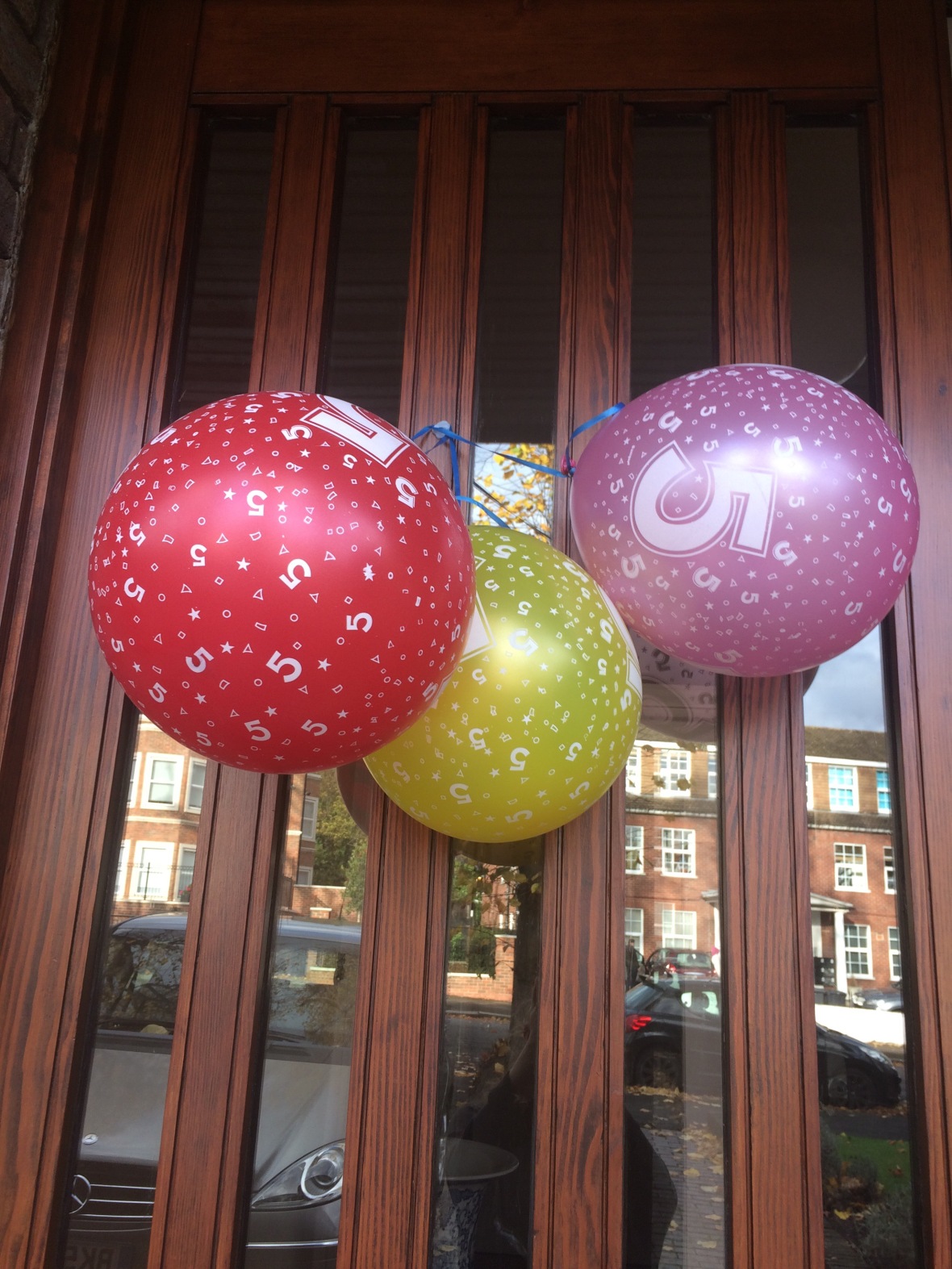 Ultimately, at this age the parents stay the duration, so why not make it an event for adults too? My thoughts on the subject are great food, alcohol and children enjoying themselves so that the adults get time to chat, unencumbered by listless kids! 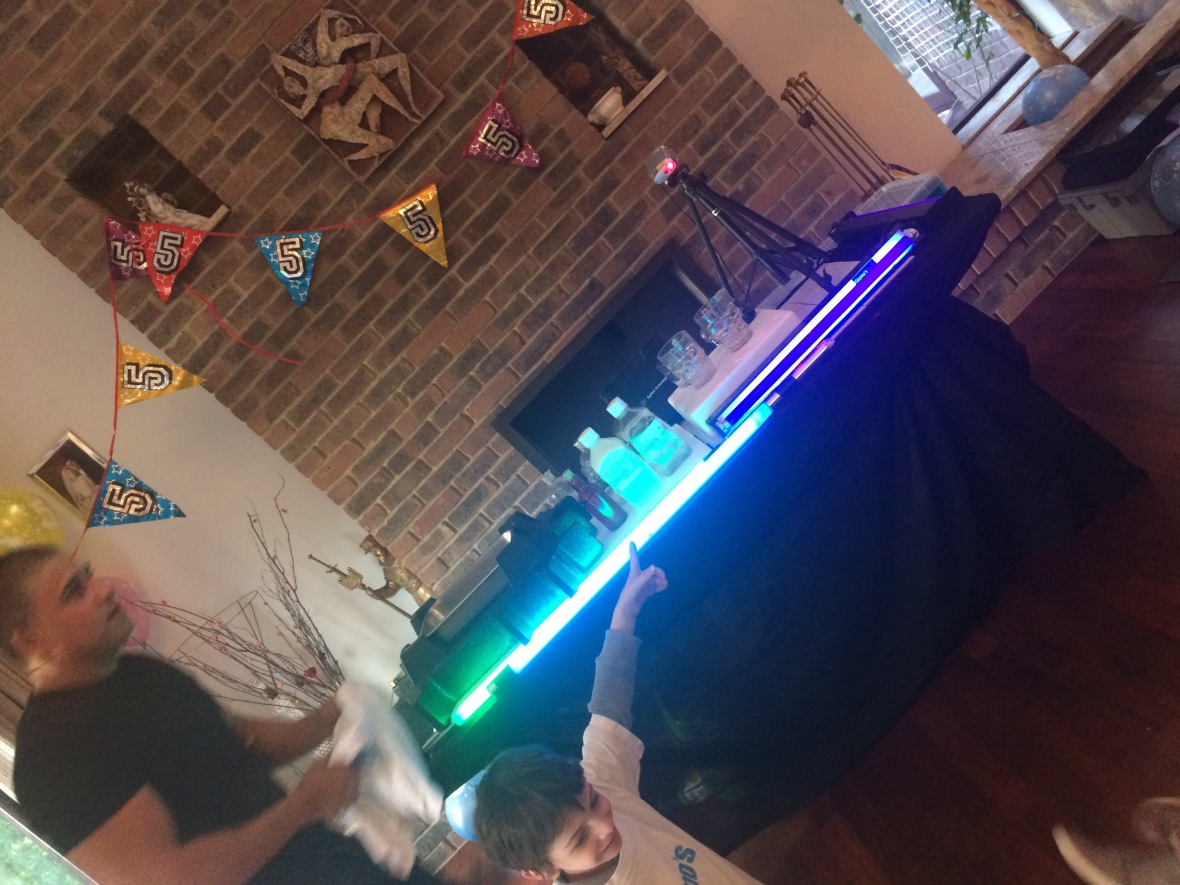 This year we decided on a science party. In our competitive private school world, everything has to add value. Education should be fun but even the fun should be educational! Such pressure! For me, a science party ticked all the boxes. Enough soft play and entertainers and instead, catching children old enough to understand what they are doing but young enough to be astounded and left open-mouthed by the ‘experiments’ taking place before their very eyes. 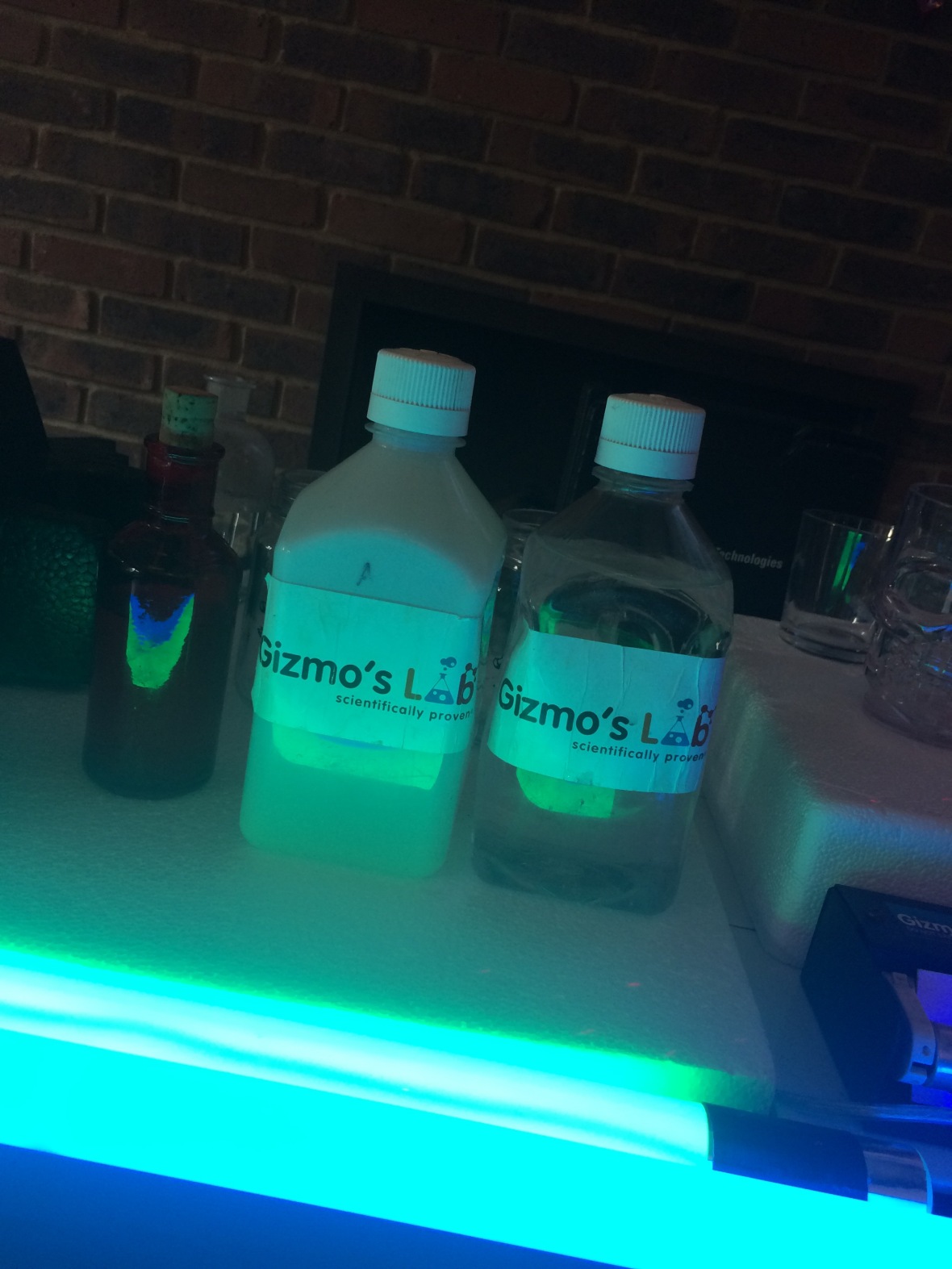 I did a lot of research on companies offering science parties. Mostly offering similar options – more of which later – but most of them looking to earn as much as possible for add-ons and extras. It’s easy to put together a website but the test was actually enquiring. Gizmo’s Lab stood out from the beginning. Calling me straight away after I’d submitted an enquiry at the week-end and following through with excellent and regular communication throughout the entire process from start to finish.
No hard selling but definitely passion for the end product. The other companies that I contacted just fell by the wayside, either coming across as greedy or not answering enquiries or just being a let down in one way or another. I was taking a leap of faith in any case as I’d had no personal recommendations but that initial contact with one of the owners Anita and with her now husband, Aman, proved to be exactly what they promised and more. 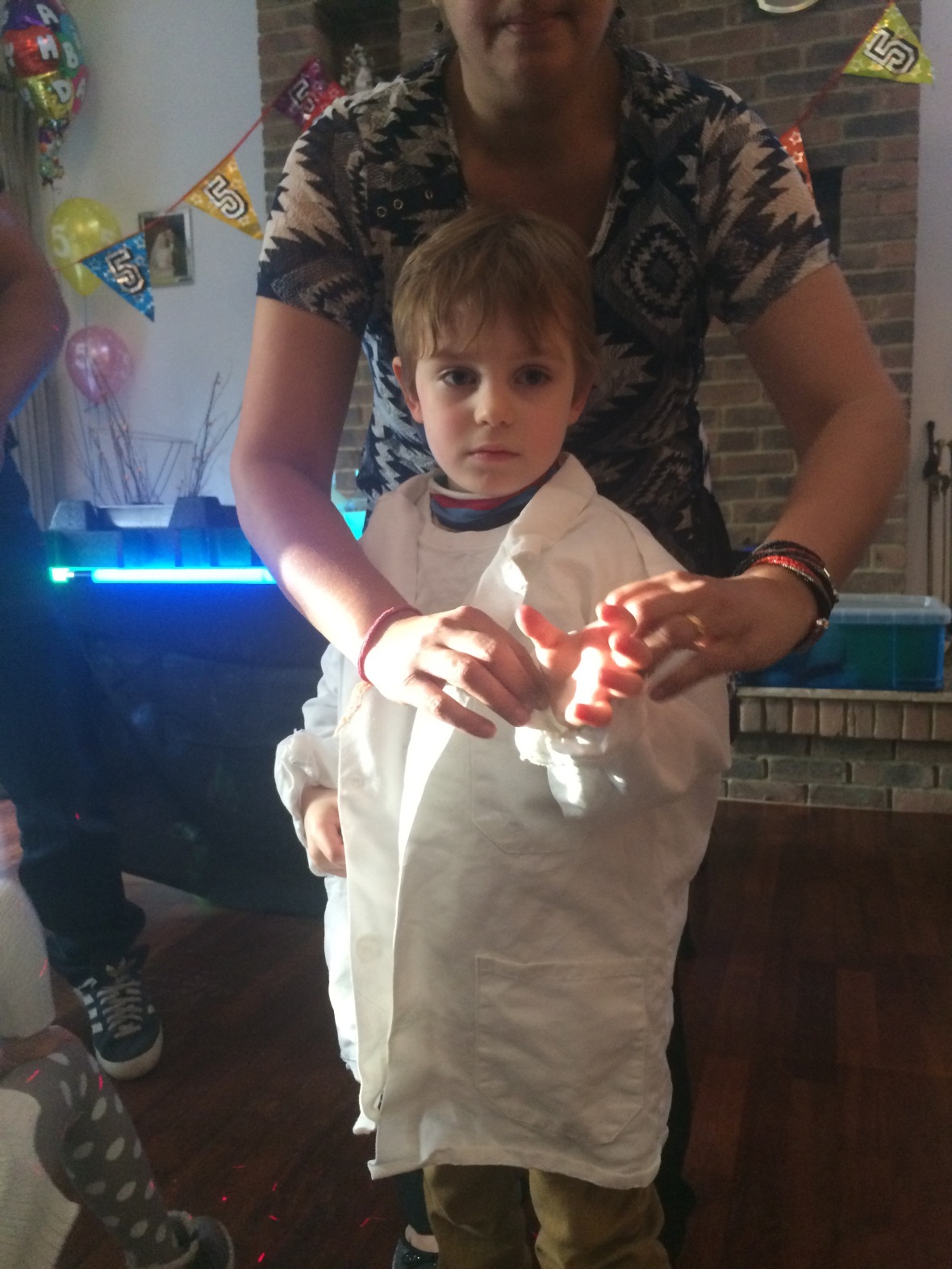 Their company covers all of the UK. With partners covering the North of England whilst they cover the South. No franchises here – they have complete control. Aman, the scientist, left a career in the pharmaceutical industry sick of the money that big pharma companies put into treating but not curing and wanted to give something back. As a child his mother fought hard to give her four children an education. They were so poor that they made they own toys. So with a ethos of giving back and inspiring kids through science and fun, Gizmo’s, who also run after-school clubs, were a true find and in my opinion the only people to go to if you want to host a science party. 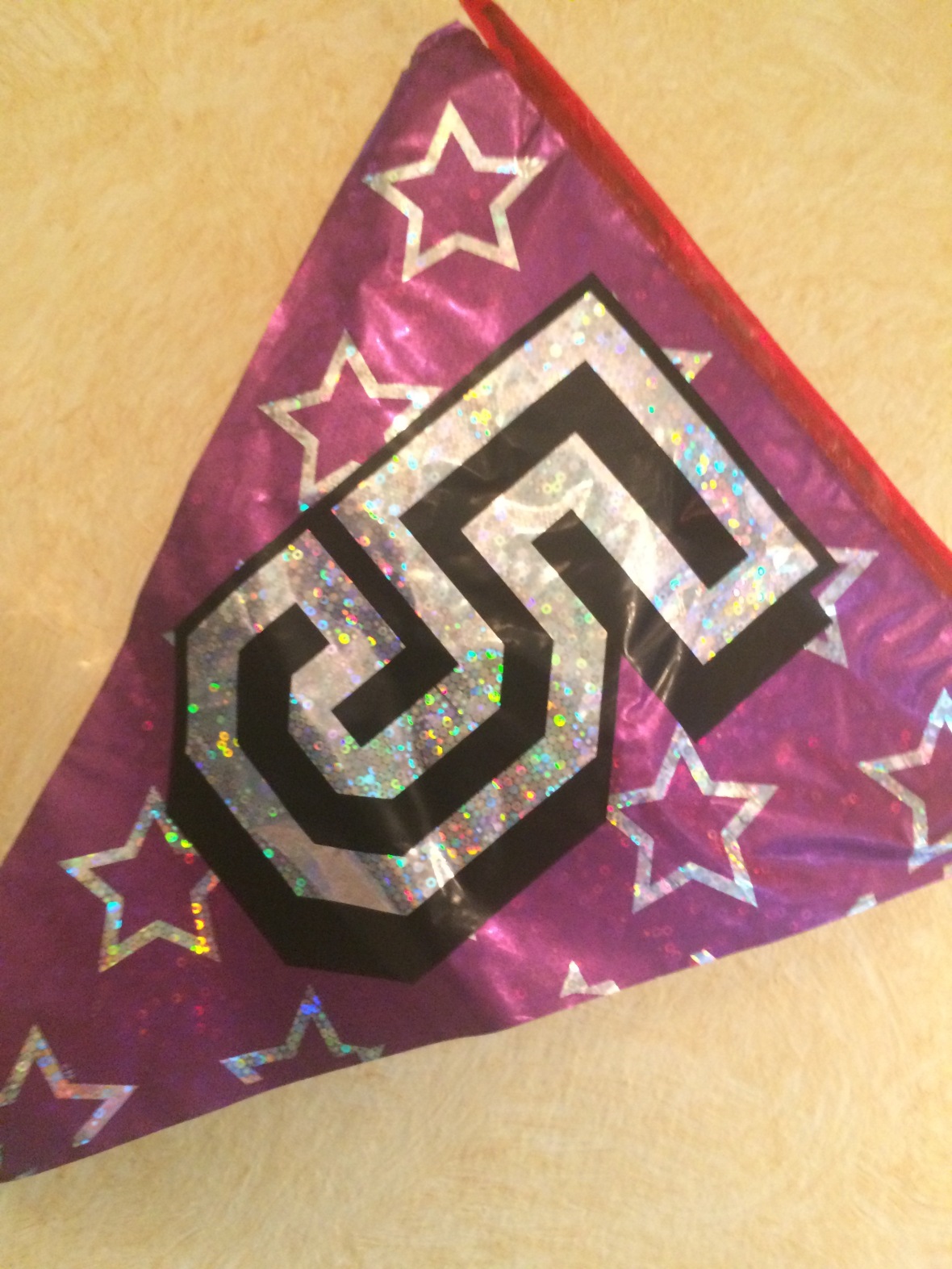 So, with everything from balloons to helium to plastic champagne flutes to snack boxes ordered from my favourite one-stop party shop Partyrama, we were set. 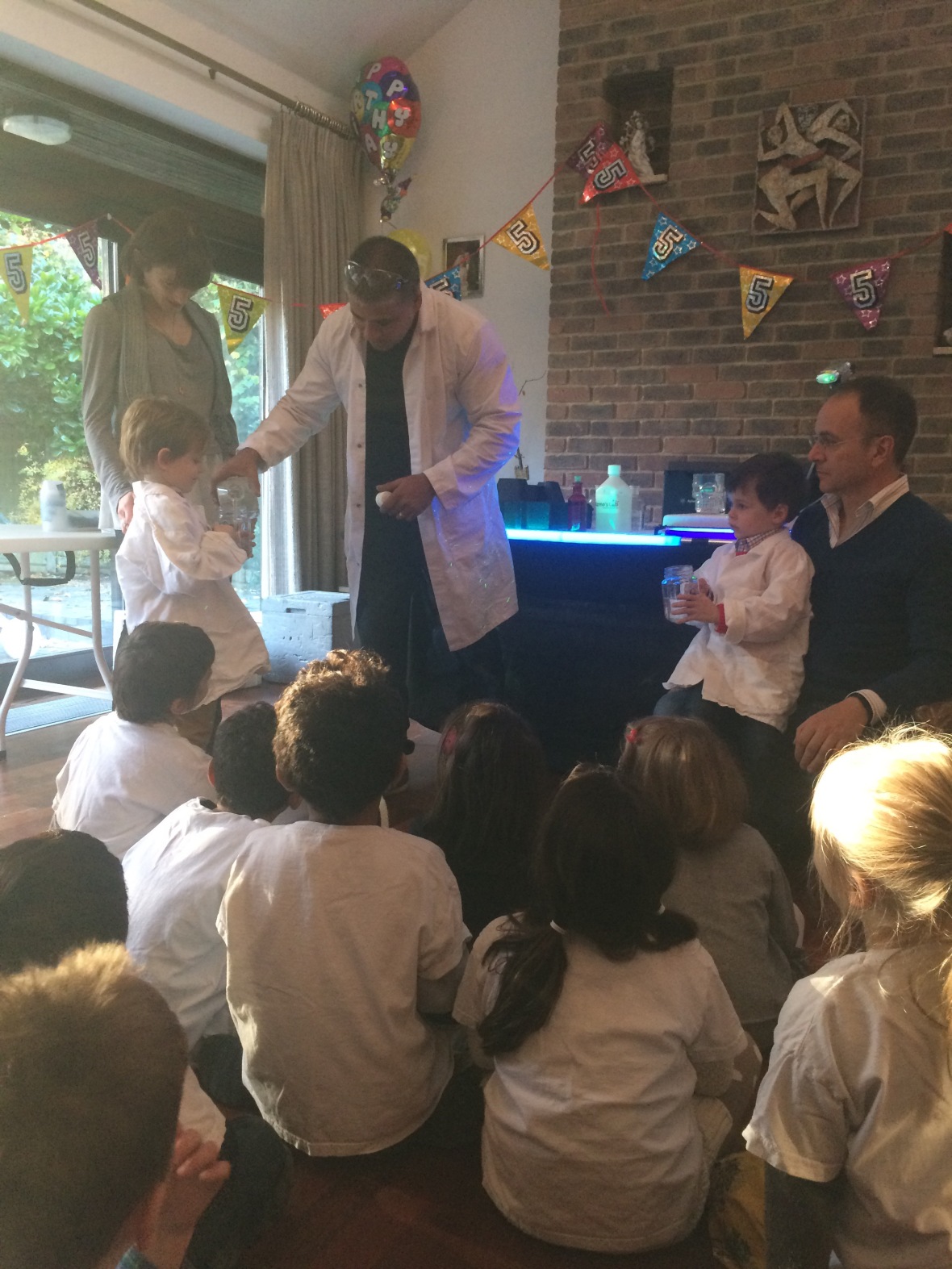 And the party itself was a massive success, we planned together the things that my son would enjoy the most, so much thought goes into the planning to make each party bespoke.
On the day they arrived early to set up a spectacular set and nothing was too much trouble. An extra 5 minutes here or there, dry ice to present the birthday cake in all it’s splendour – magic and science even down to the last little detail and all pre-empted by Anita and Aman. 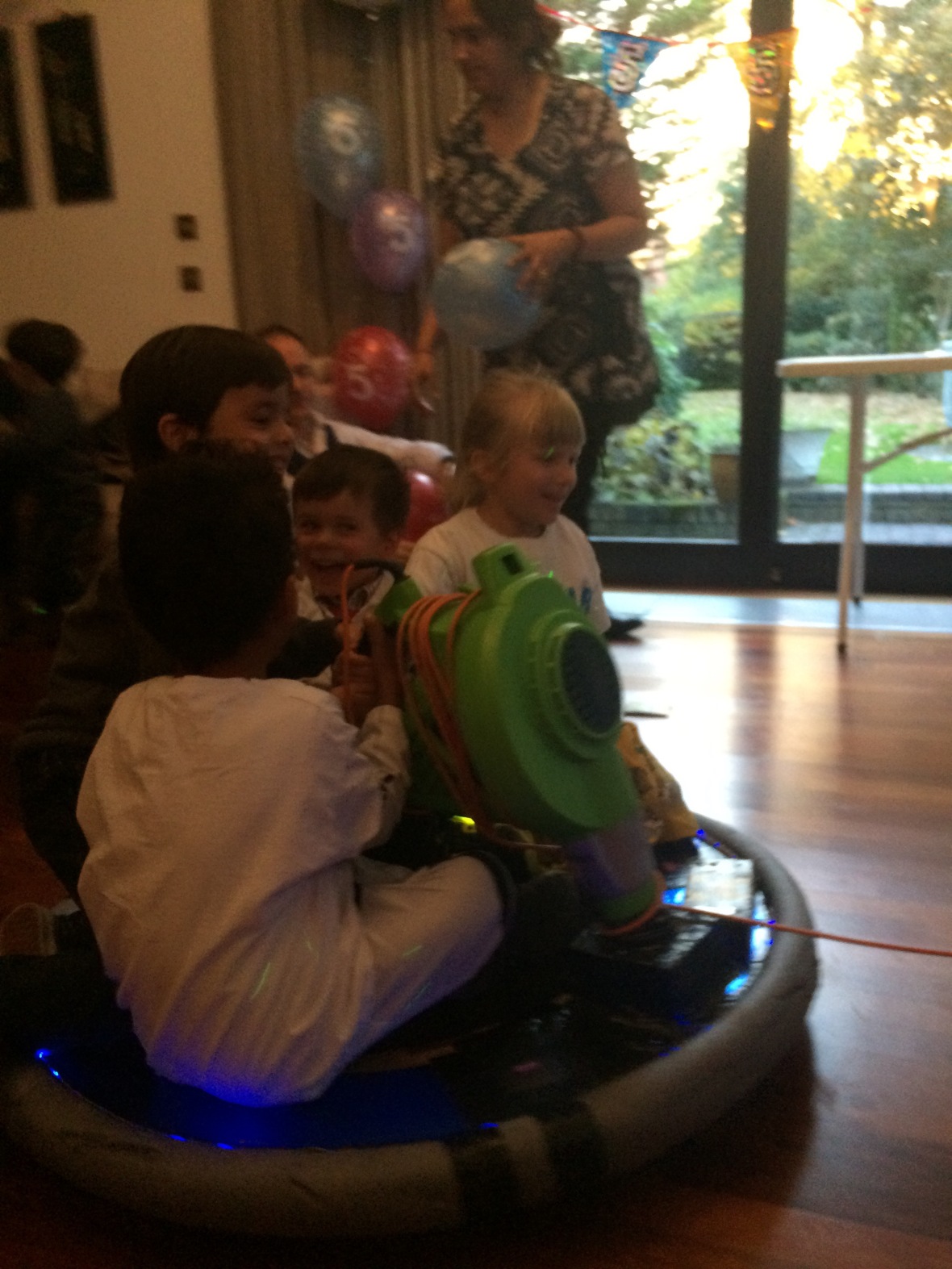 Lab coats for all the kids, they stood around the table each taking part in different experiments. I’ve never seen children so interested and all participating so eagerly. A hovercraft had them all queuing for a go and fire balls amazed. Throughout, time was managed to perfection giving cues to get food out, bring the cake and lastly no worrying about going home presents – such a bore! They made glittery slime to take home in the boxes that Gizmo’s provided. 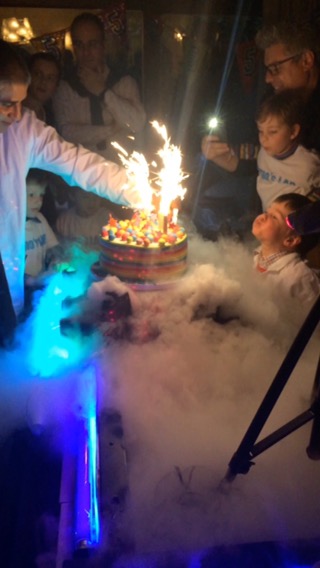 So whilst the kids and most of the adults were enthralled, pizzas in the oven, we need to talk about the catering for the adults. Now, I’m a massive foodie and a party over teatime can only mean an opportunity to eat and drink.
Most adults hate children’s parties but I wanted a party for us too. Chilled prosecco and beer to drink and no crisps or olives. Instead we pushed the boat out and in fact, you might say that we had pushed the boat around the world and back, not just out!

I went straight to the big boys for some mouthwatering canapés. I’m a nibbler and love to taste just a little of everything, so canapés to me are an ultimate meal and a lovely luxury touch that will find something to appeal to every palate. You can eat as little or as much as you like and boy did we eat. 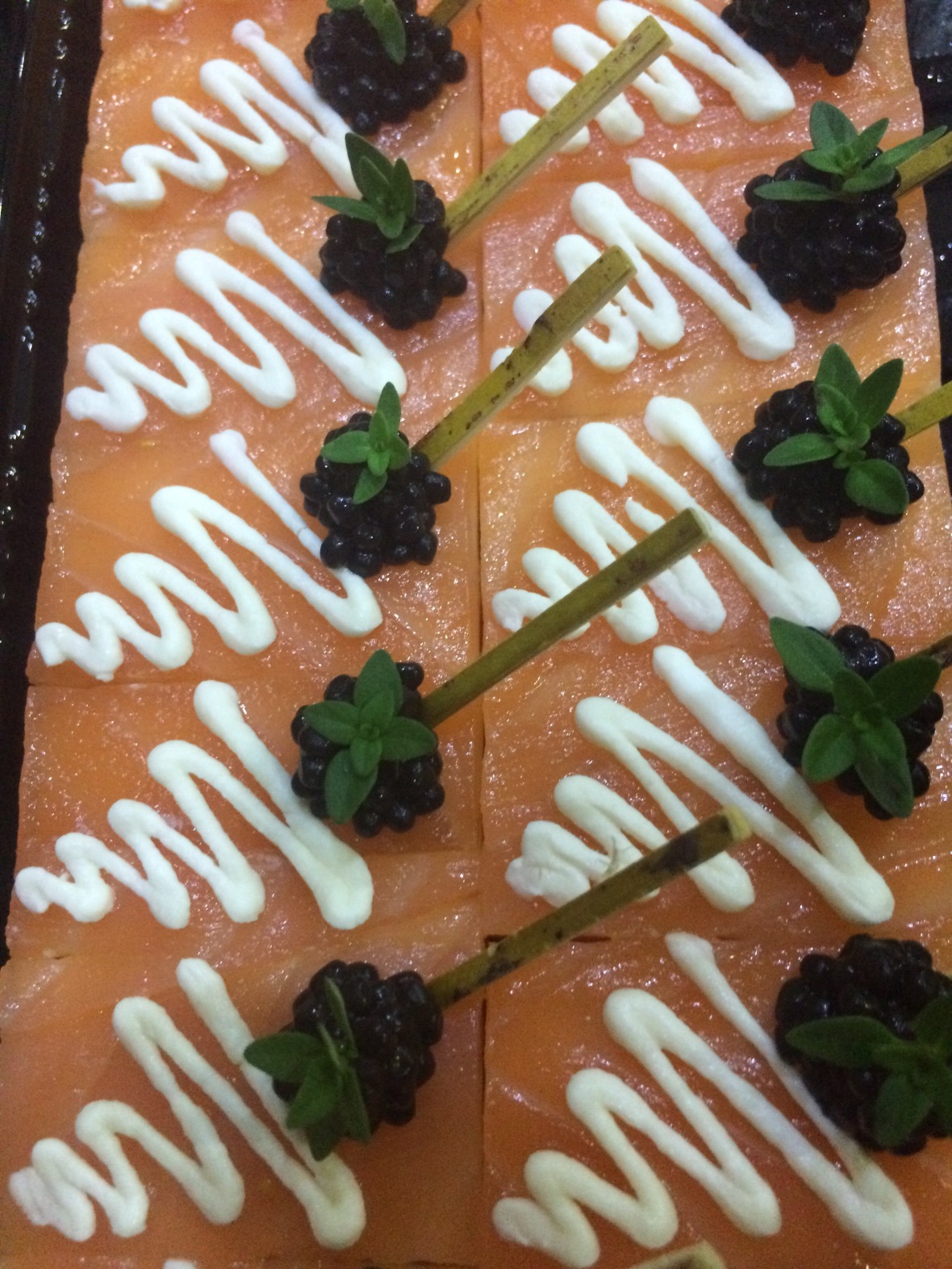 Most birthday parties see the adult’s food left untouched. Sad sandwiches, the odd cheese board. On the contrary, after the initial hesitation – one father said to me, ‘ I can’t possibly eat something that looks so beautiful’ – they were polished off far too quickly.
Canapés Direct supplies canapés to the industry – whether it be to other top chefs and trade, or all of the top society events including the Chelsea Flower Show and Wimbledon and they also cater to private clients – think billionaires and private yachts. 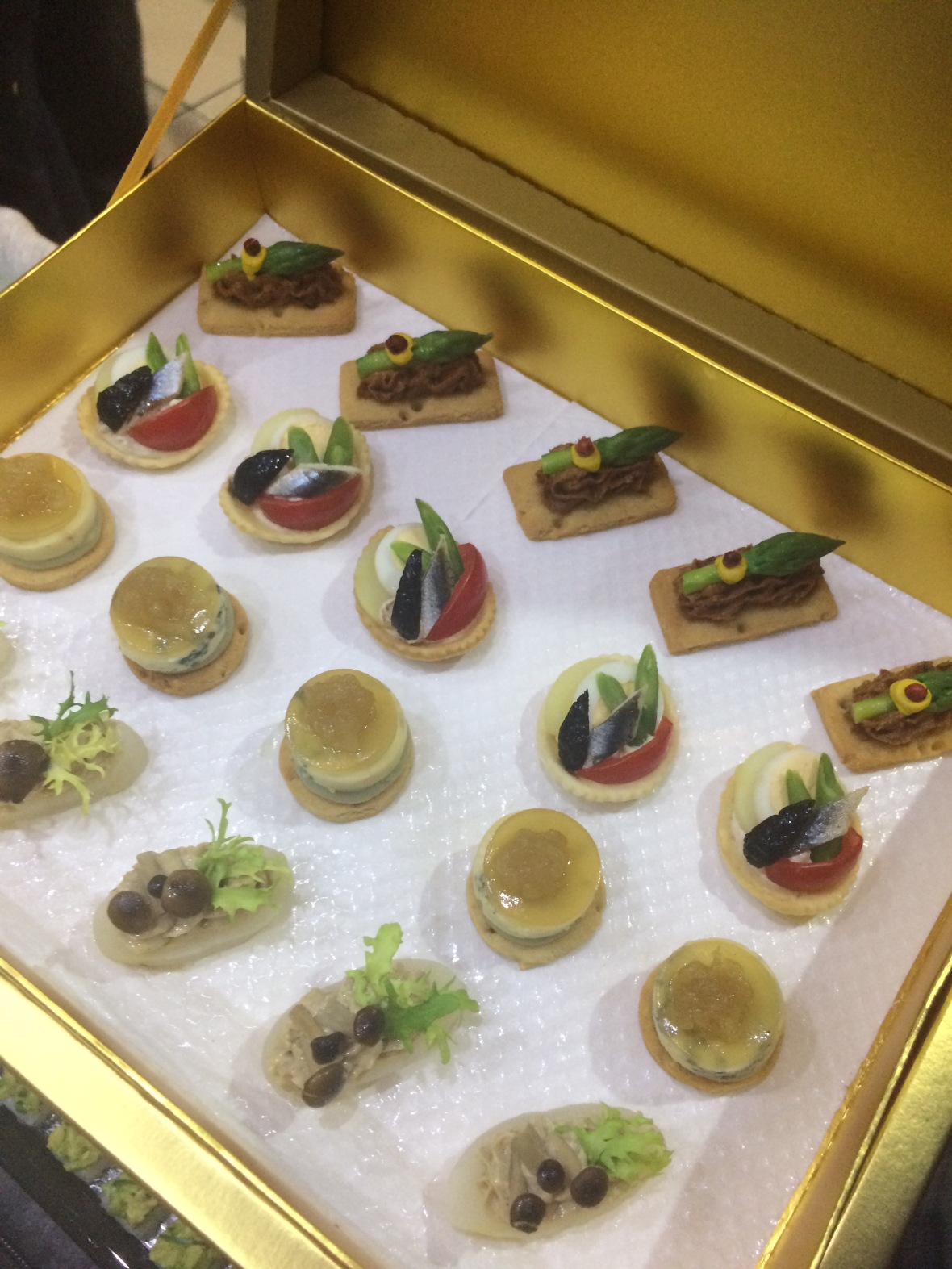 At the helm, having just taken over, successful businesswoman and marketing mind, Pinky Bambrha. Having recently bought the company from the man with a huge character and charisma, responsible for building it up to the number one spot in the market, producing hundreds of thousands of canapés a year. 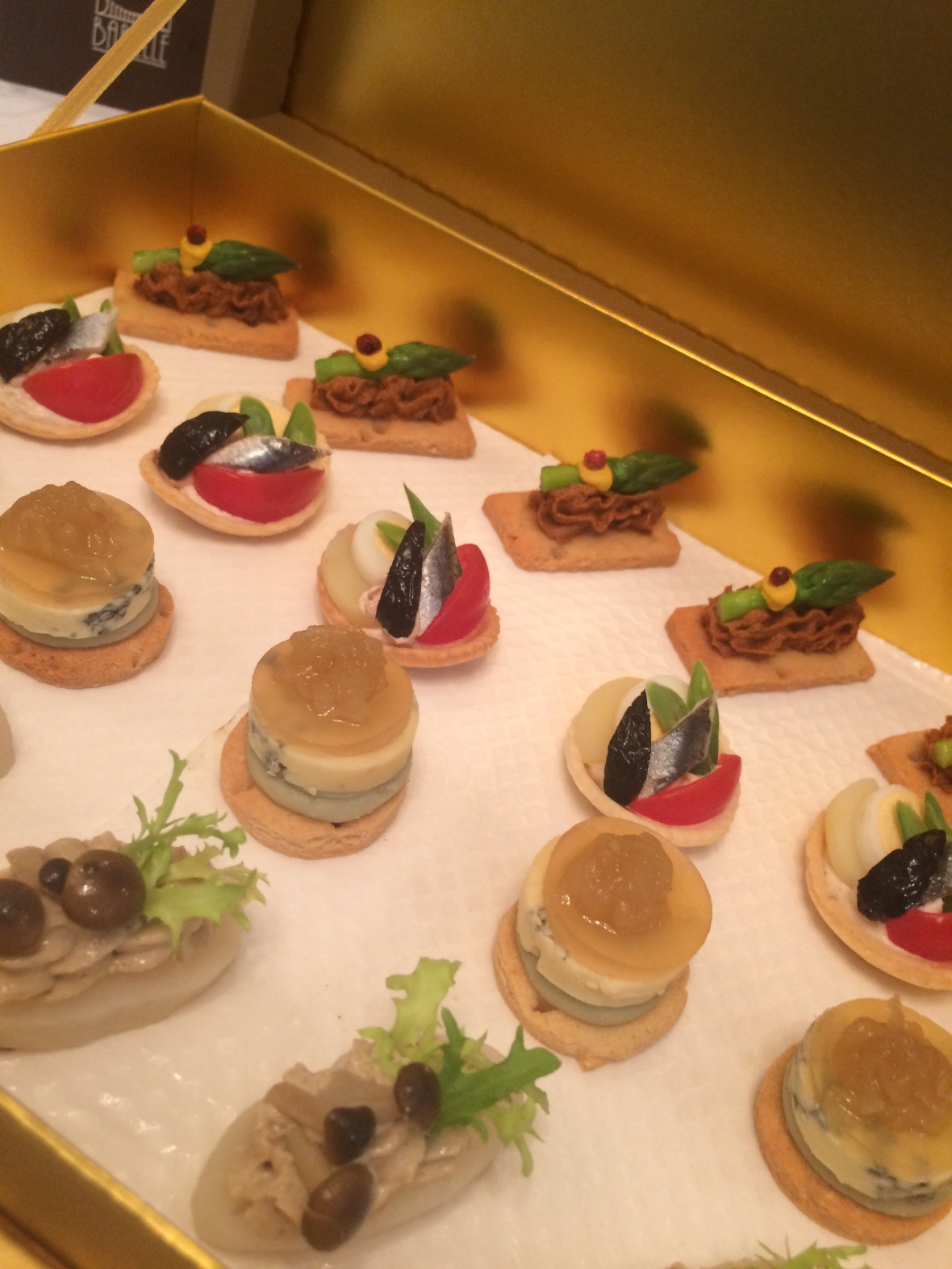 Having met both Pinky and Joel on the day I can see how this match is just going to propel the company further. Joel Edmonds is the most charming chef of all chefs. Founder and now executive chef, a man supremely passionate about food and at the top his profession, working with artisan chefs and sourcing the best ingredients he creates works of art. Pinky is full of brilliant ideas and the drive to take canapés Direct from strength to strength. 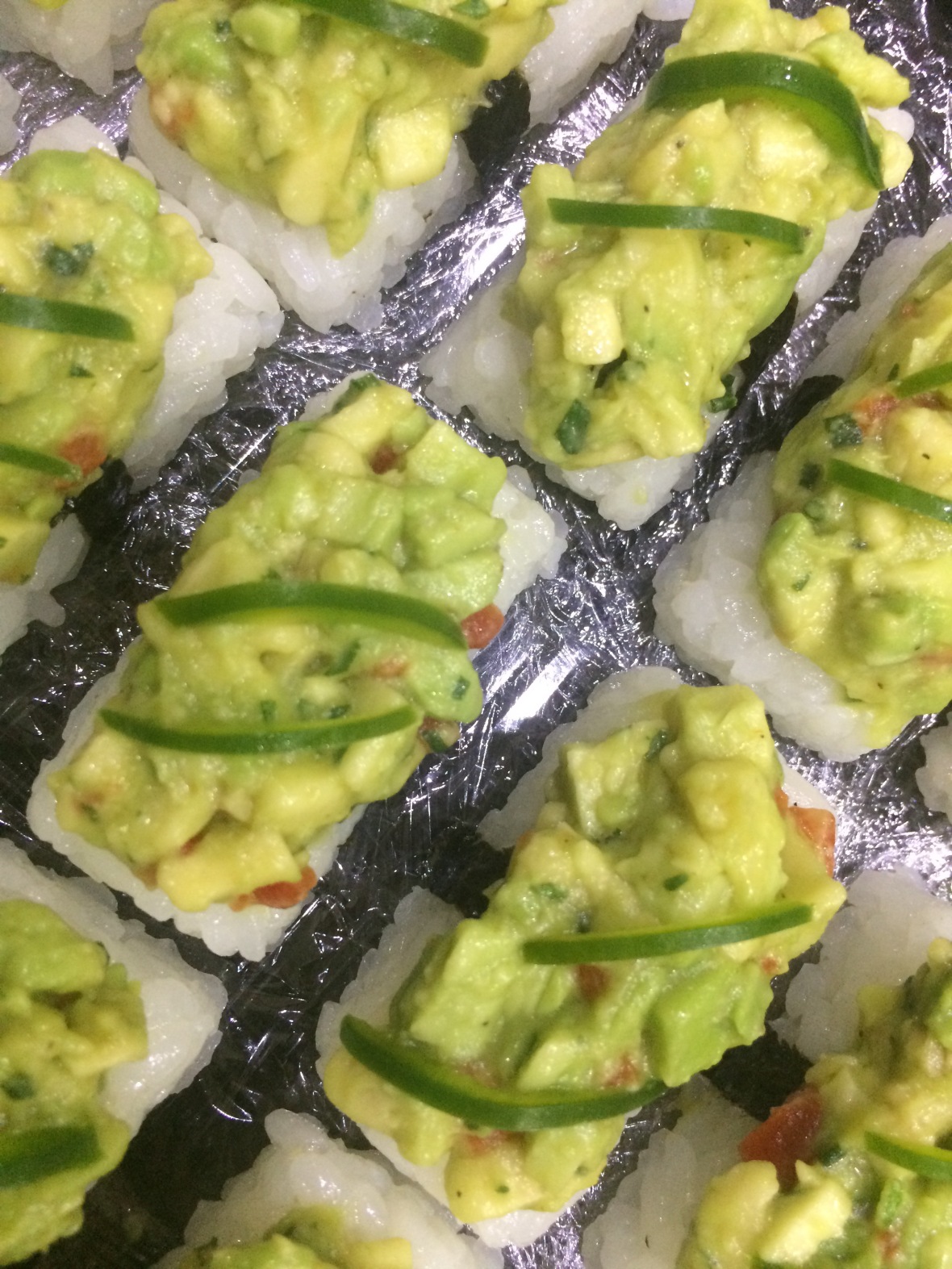 We went with a vegetarian menu in order to keep everyone happy. Left in Joel’s hands, he came back to me with the most mouthwatering menu imaginable. I’m a huge lover of meat and fish and secretly would have preferred both, before, that is, experiencing Joel’s menu. I’m usually a control freak but this man knows his stuff. I told him what we could and couldn’t eat and days later our menu arrived. I didn’t need or want to change a thing.

I see what leaving it to the professionals really means; well-balanced, sophisticated and varied were the choices.

The team turned up ahead of time at our venue. ‘No need to provide anything’ said Joel. Leave it all to them. 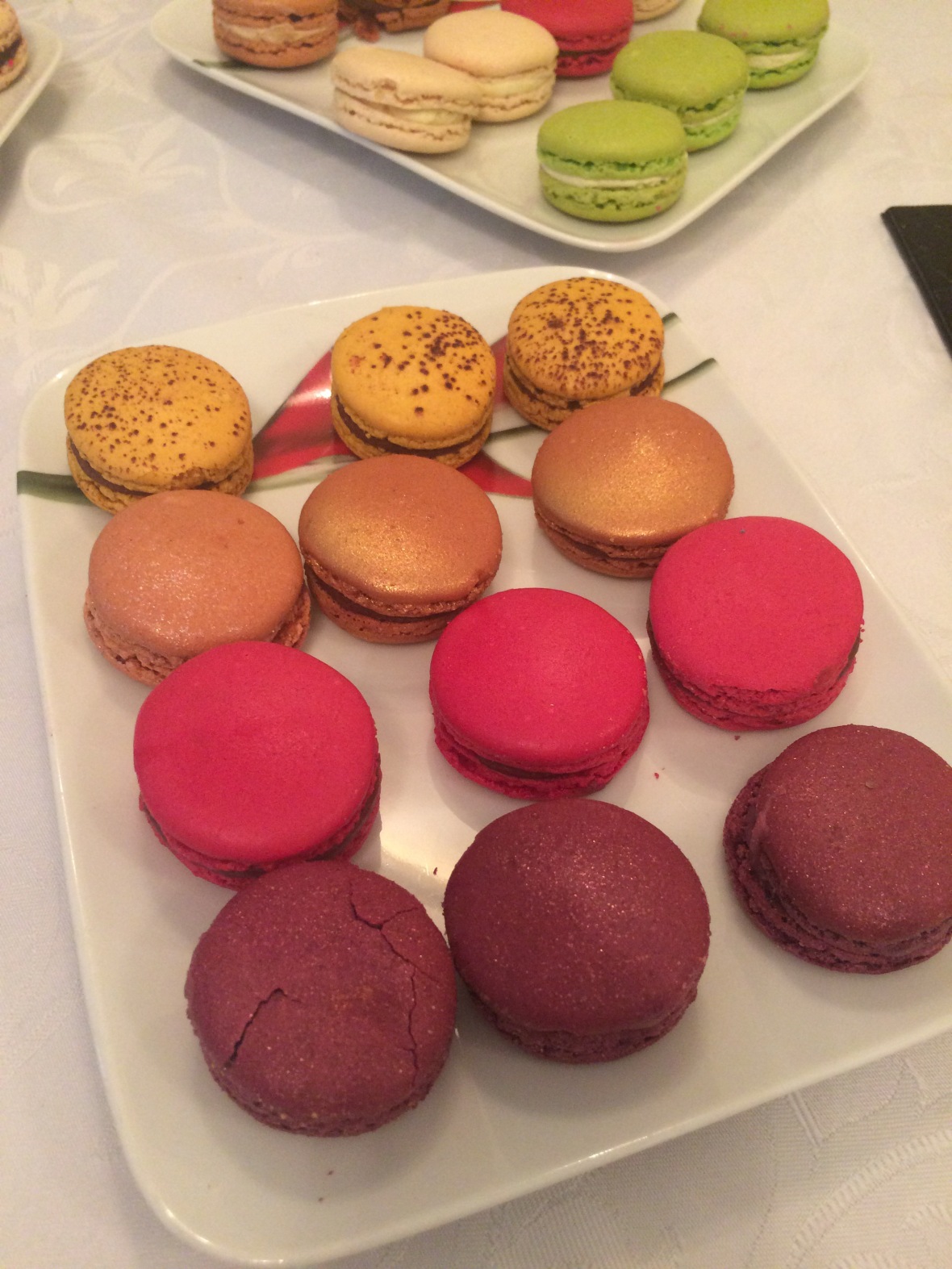 With desserts also needed, Joel stepped up once again. His chef colleagues throughout France helping. Without asking he brought us the most delectable macaroons supplied by friend and master of patisserie, Julien Plumart and the most moist canelés directly from Babelle, a French-owned company based in the UK. 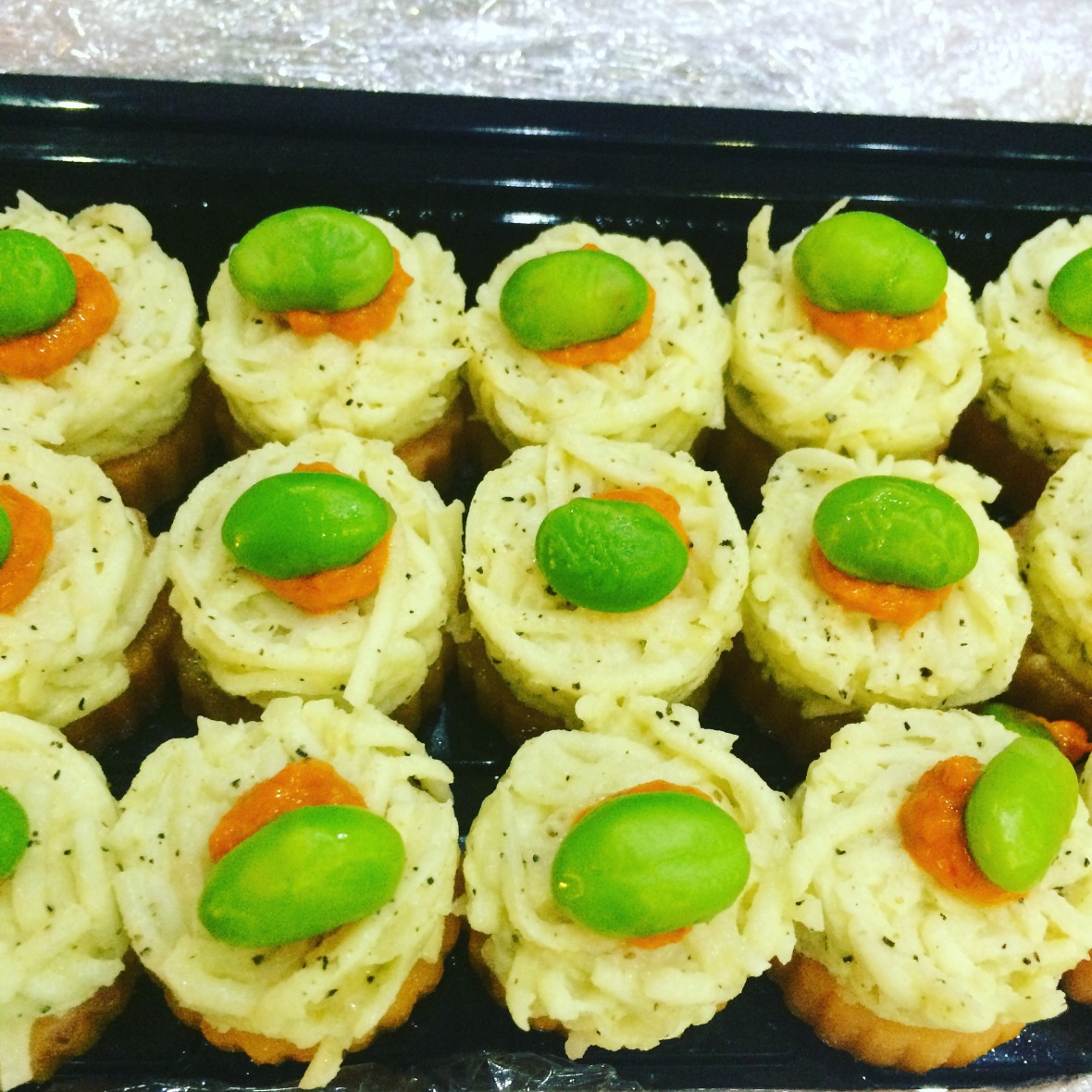 The party was a huge hit. Both with kids and adults alike! It’s not rocket science. Just keep them enthralled and feed then like kings and queens. Book with Gizmo’s Lab here and Canapés Direct here. Everything ‘party’ stocked at Partyrama.

Menu on the day:

Watch this space as Pinky tells me that street food, afternoon tea and more sweet options are on the way. With the new website under construction they will soon become Canapés and More.

Luxury Items for the Home -Kitchen

This site uses Akismet to reduce spam. Learn how your comment data is processed.

Find Out About What's Trending Next!